Suscribe below to receive conference updates

Brought to you by founding sponsors:

Cybersecurity in times of

On behalf of DigitalEra and Florida International University, we want to thank the +900 attendees and +25 sponsors for joining us at #SecureMiami2021!

We had a great time, and hope you did too! We can't wait to gather with everyone soon again, hopefully, next time in-person!

Secure Miami is approved and endorsed by South Florida ISSA and a certificate of Continuing Professional Education Credits (CPEs) will be granted for attending Secure Miami Conference.

Eric O’Neill is an author, attorney, security consultant and professional public speaker. In 2001, Eric helped capture the most notorious spy in United States history: Robert Hanssen, a 25-year veteran of the FBI. The remarkable true events of his life are the inspiration behind the critically acclaimed dramatic thriller Breach, starring Ryan Philippe as O’Neill. The film is the story of the greatest security breach in US history.

Eric began his career in the FBI as a “Ghost” – an undercover field operative tasked to surveil and monitor foreign, national, and domestic terrorists and spies. During the Hanssen investigation, Eric worked directly undercover with the spy within the FBI’s Information Assurance Division – created to protect all classified FBI intelligence.

Currently, Eric runs The Georgetown Group, a premier investigative and security consultancy out of Washington, DC. Eric is also the National Security Strategist for Carbon Black, the leader in next generation endpoint protection. Eric is also the author of Gray Day, the thrilling story of how Eric helped take down notorious FBI mole Robert Hanssen, the first Russian cyber spy.

A talented motivational speaker who weaves real life experiences into a presentation that is both entertaining and rewarding, Eric O’Neill provides practical insights into real work situations relevant to many industries.

Leads a division of more than 300 IT professionals, along with a culturally-diverse leadership team. Recently recognized one of the top 100 most influential Hispanic Professionals in IT by HITEC in 2017, 2018, and 2019.

Mr. Schmekel is responsible for directing the Enterprise Security Office, reporting to the CIO. As CISO, he has managed the County's information security and risk reduction programs and strategies including, policy, compliance, investigations and incident response, operational security services and identity & access management for the past 14 years. He and his team are responsible for the continued enhancement of information security capabilities for the County, serving approximately 26 departments and agencies with more than 28,000 employees, delivering services to over 2.5 Million constituents.

David Sylvester is a bioengineer turned cybersecurity expert who has spent the last several years helping organizations find the right solutions for their challenges. David is currently responsible for defining and executing the global sales strategy for Lumu. Before Lumu, David led Easy Solution’s global expansion efforts from start-up through to exit, reaching more than 465 customers and 125 million protected users worldwide.

In his free time, David is busy as a father of three and passionate about ecology restoration. He recently won a Land Ethic award for converting cleared fields into healthy forests, having planted over 5000 trees in the last year, with another 10000 queued for the fall.

Corey White is a proven security industry veteran with more than twenty-five years of success managing security practices and consulting teams. His work encompasses virtually every industry, including government, critical infrastructure, finance, healthcare, and manufacturing. Corey has created Cyvatar to enable vendor partners to deliver reliable, repeatable, and measurable business outcomes to clients. Corey also served as the SVP of Worldwide Consulting and Chief Experience Officer at Cylance as well as the Southwest Director of Consulting for Foundstone & McAfee/Intel Professional Services.

Over her 20 years of experience in the field of information and network security, Helvetiella Longorias’s innovation and leadership have played a critical role in the development and enhancement of FIU’s network. Ms. Longoria is an advocate for spreading cybersecurity awareness, and truly believes that cybersecurity is a shared responsibility.

Marc Pergolizzi is a Senior Director of Sales Engineer at iboss. Marc has two decades of technical experience working in the cybersecurity industry, having previously worked at companies including Booz Allen Hamilton, Blue Coat, Symantec and Netskope. At iboss, Marc is responsible for leading a sales engineering team focused on the US East Coast, Canada and the Federal space. He works closely with the Sales and Channel teams to present cloud, web security and new threat technologies to prospects and customers. Marc also collaborates with a variety of internal functional areas to ensure iboss solutions are implemented and supported in-line with client expectations.

THE NEEDED BREAKTHROUGH IN CYBERSECURITY

PRIVATE ACCESS: LEARN HOW TO ELIMINATE YOUR VPN ZERO TRUST - CONNECT USERS FROM ANYWHERE DIRECTLY TO PUBLIC AND PRIVATE APPLICATIONS

CYBERSECURITY FOR A NEW AGE

THE DARK MARKET - EXPOSING THE BUSINESS OF CYBERCRIME

PANEL DISCUSSION:
IS CYBERSECURITY A JOURNEY OR A DESTINATION? A CISO's PERSPECTIVE

FIRESIDE CHAT:
FROM IT TO OT, THE SHIFTING SANDS

GRAY DAY, HOW I CAUGHT THE MOST DAMAGING SPY IN AMERICAN HISTORY

Help us make a Difference!

At #SecureMiami2021 we announced our first ever Brew Miami/DigitalEra Group Cybersecurity Scholarship.

This scholarship was created as a way to not only contribute to our FIU community but to support our students. Students who are registered full-time and majoring in areas of cybersecurity are eligible. We encourage eligible students to apply at scholarships.fiu.edu.

Help us make a difference and achieve this goal, donate to our scholarship at go.fiu.edu/fiucyber.

No amount is too small. Thank you for your continued support and your contribution.

a special thanks to our secure miami 2021 SPONSORS

On behalf of DigitalEra Group and Fornetix please join us congratulating Peter Schellen as our lucky webinar winner! We hope you enjoy your $200 Amazon Gift Card! https://t.co/h4v1YQIScH 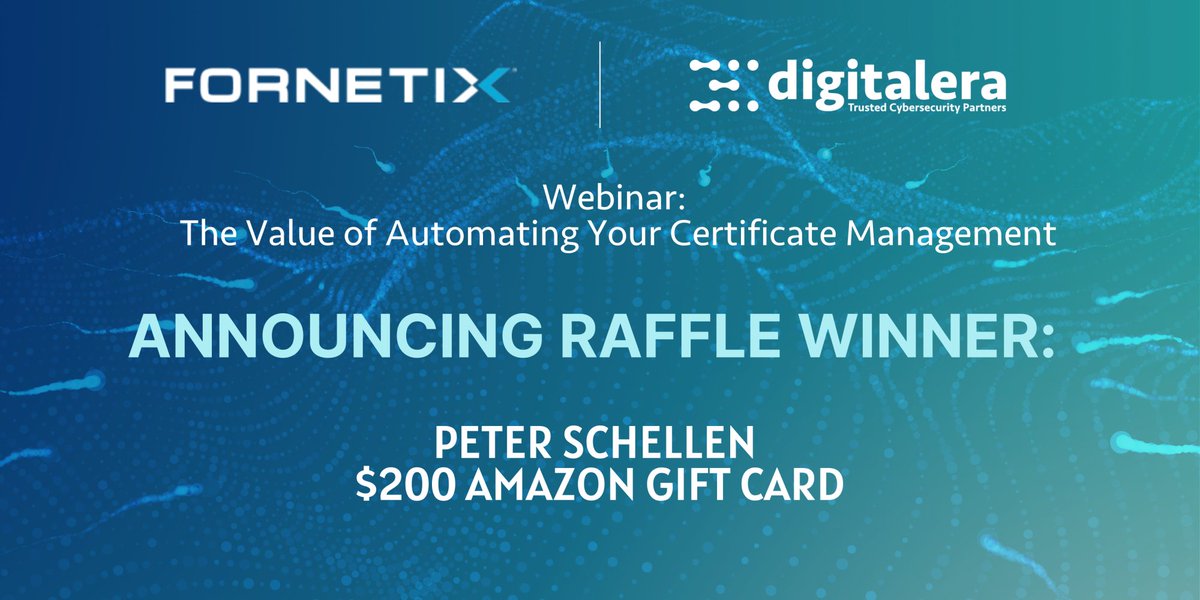 FIU and DigitalEra Group hosted their fifth annual Security Miami Conference on July 15. Secure Miami brings the cybersecurity community together to address the latest security threats and strategies all in a networking forum.

RT @KWInfoSec: Last week at @SecureMiami I had an opportunity to interview @CeeDdub CEO/Founder of @cyvatar. In the interview, Cory explain…

Tune in for our live keynote happening now at #SecureMiami2021! Eric O’Neill is talking about how he brought down the most notorious cyber spy in American history. https://t.co/s1yaaHrUaK 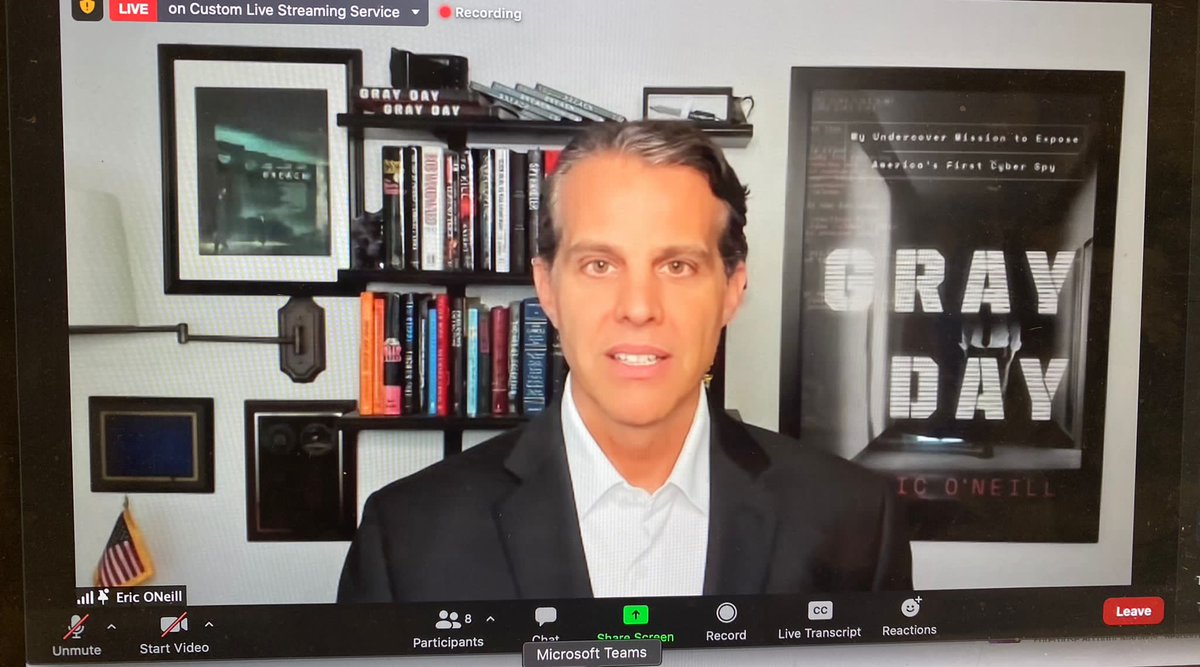 The wait is almost over, just one more day left! We're looking forward to a great conference. Grab your seat if you haven’t already: A special shout-out to all #SecureMiami2021 sponsors! Thank you! #Cybersecurity #DigitalEraGroup https://t.co/N7wWm4SMfY 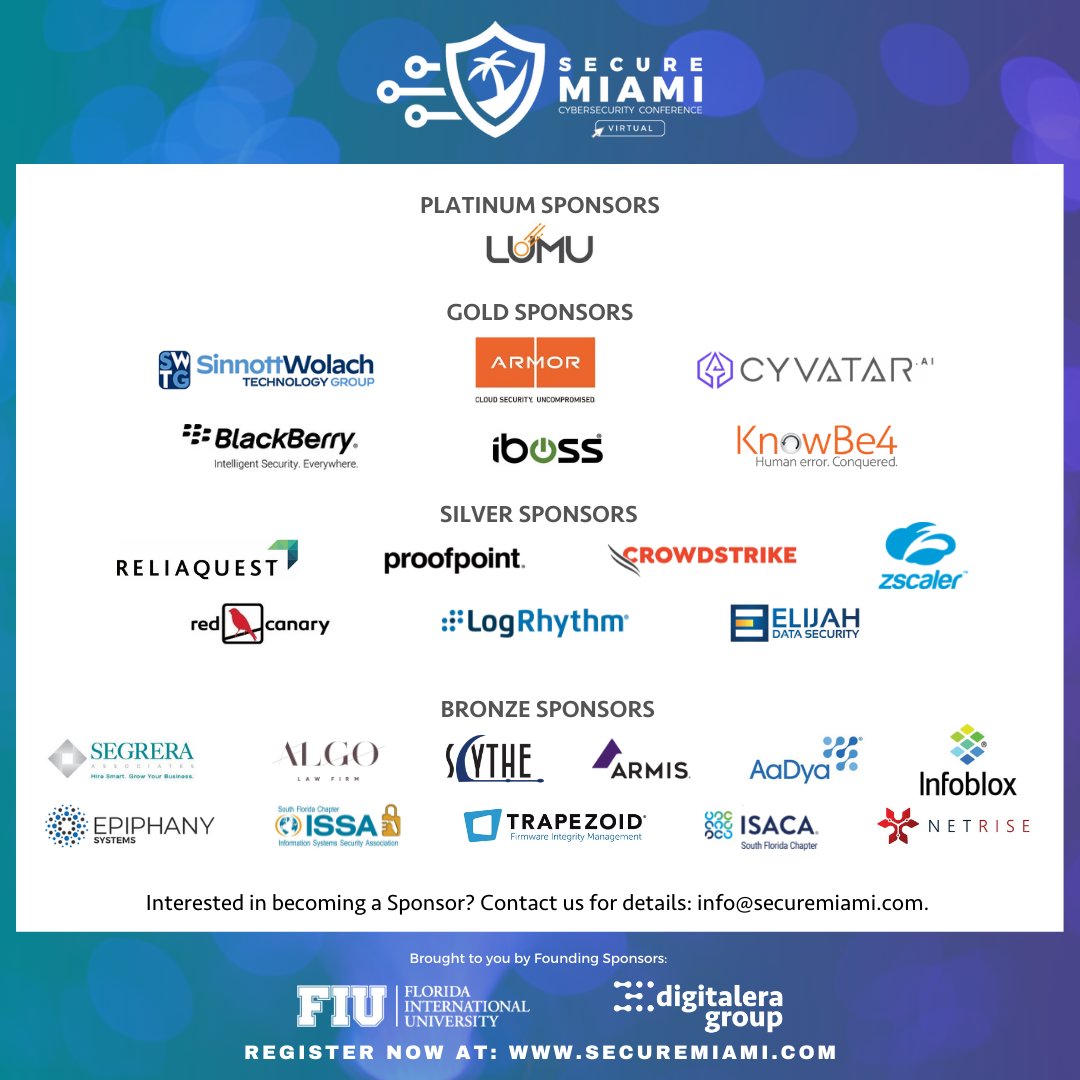 Don’t miss out on some of our great panel discussions and fireside chats. Get the CISO perspective by attending one of our most anticipated sessions led by veteran CISOs. Grab your seat if you haven’t already: https://t.co/s1c95cGMTS 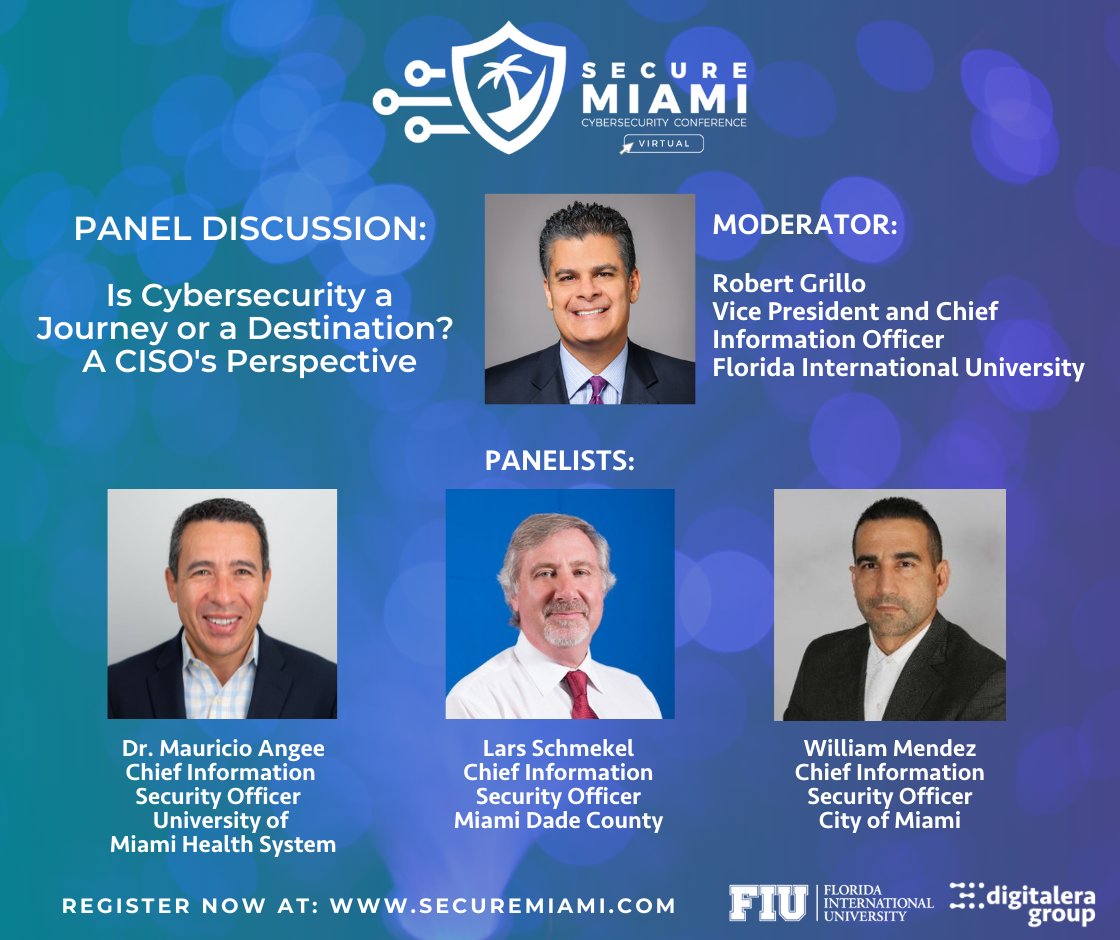 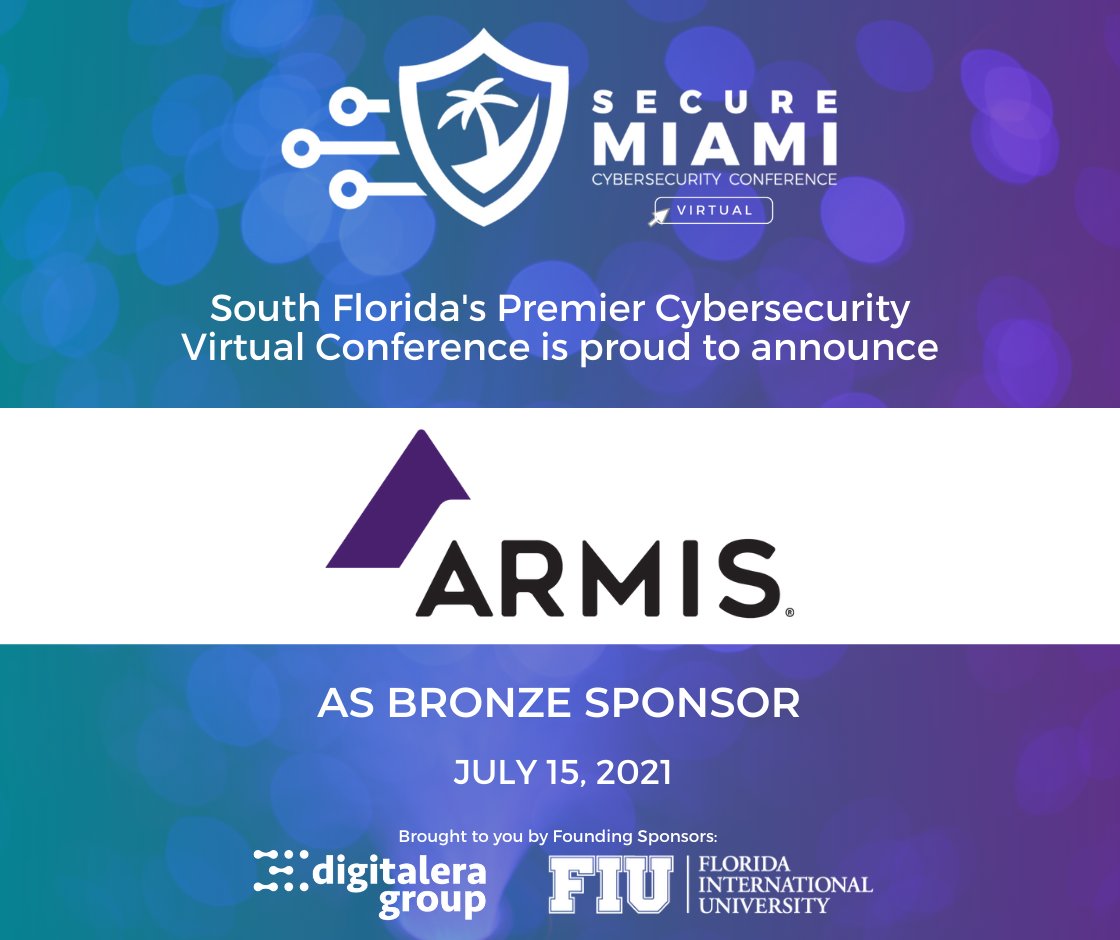 Today we're also announcing the Grand Prize that will be raffled amongst attendees! Drum roll please... One lucky Secure Miami Conference attendee will win a VIP ticket to the Formula 1 Miami 2022 Grand Prix! Grab your seat if you haven’t already: https://t.co/4FlKauJkFS 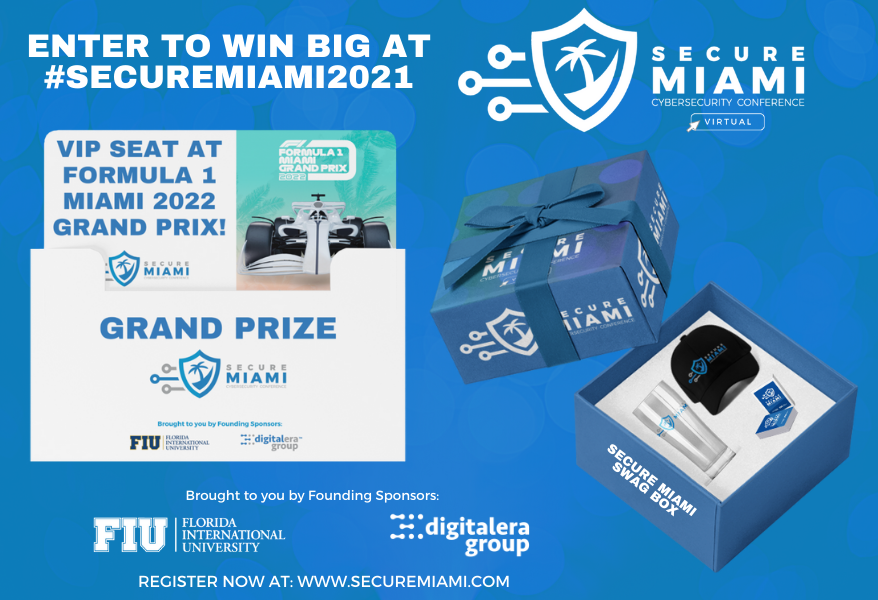 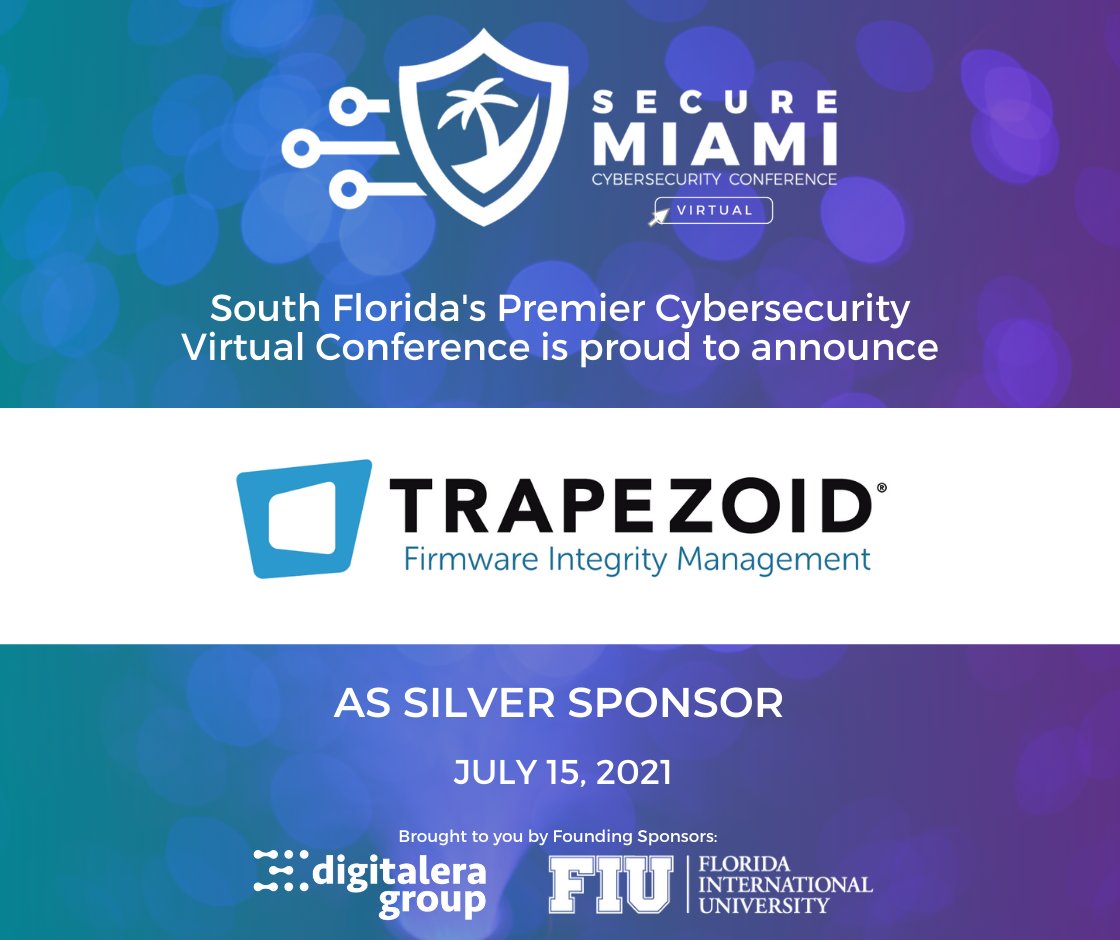 Friendly reminder! You can join #SecureMiami 2021 from any device on the go. We've designed this year's Secure Miami virtual edition with fun and flexibility in mind. #Cybersecurity #DigitalEraGroup #FloridaInternationalUniversity #MiamiTech https://t.co/XBdXMGs7Vb 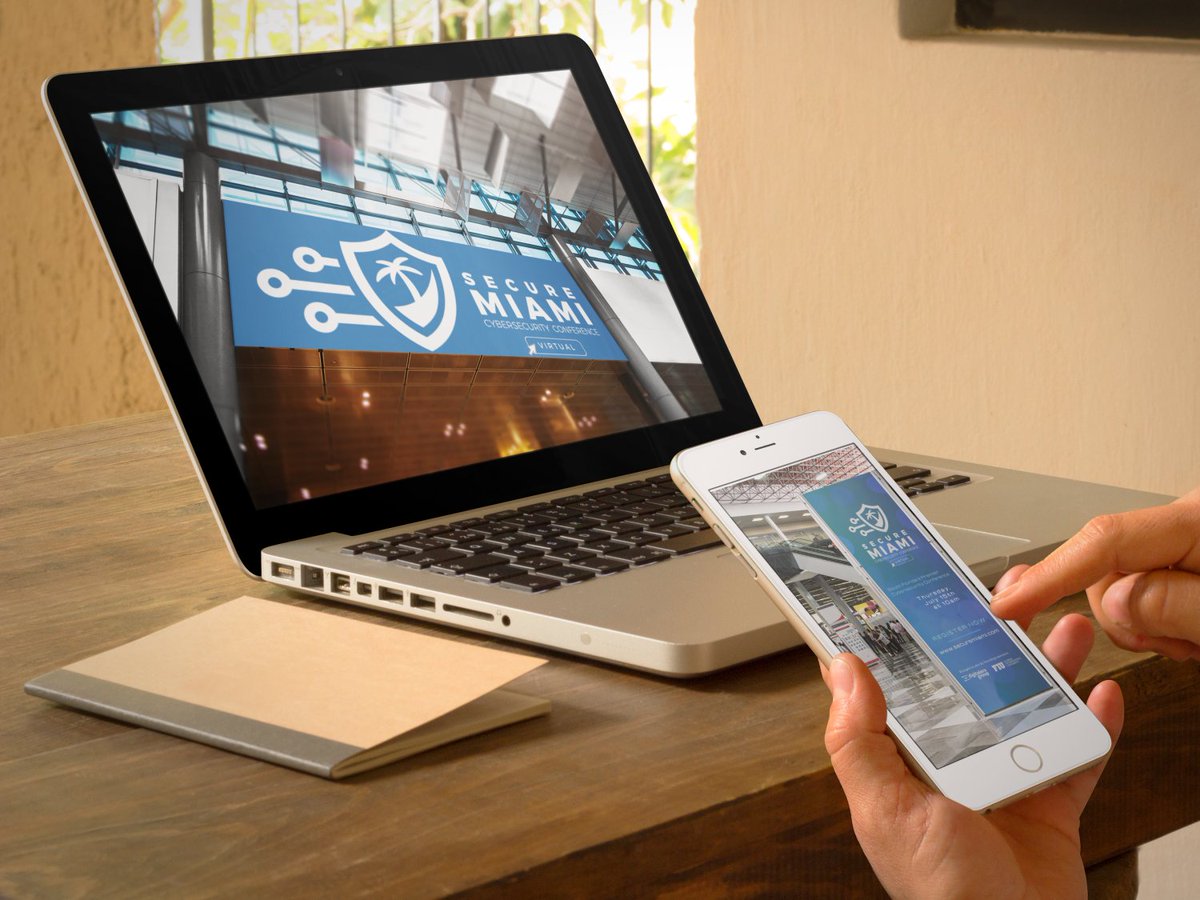